What: Sarah M. Chen has always worked a variety of odd jobs, usually all at once, ranging from script reader to bartender. She continues this trend now as an indie bookseller, transcriber, and private investigator assistant. Sarah’s crime fiction short stories have appeared online and in several anthologies, the most recent being Elm Books’ Death and the Detective with her short story WHITE DEVIL. Her noir novella, CLEANING UP FINN, will be released in 2015 by Stark Raving Group.

You started publishing mystery fiction in 2007 and have published several short stories since then. What happened in 2007 that made you want to break into writing?

I’ve always wanted to write since I was a little girl, actually, but it’s hard to pursue that dream when you have parents who don’t think writing is a legit career. So I did the college and graduate school thing and worked in the entertainment industry for many years as a script reader. I even tried writing my own screenplay which is still at the bottom of a drawer. But I took a creative writing class in grad school and my professor really loved my short story. He encouraged me to try publishing it but then I stuck that at the bottom of my drawer too. It wasn’t until I got divorced in 2006 that I got back into writing. I guess all the frustration and angst from being married was pent up inside and I needed to let it out!

If somebody was going to read just one of your short stories, which one should it be? 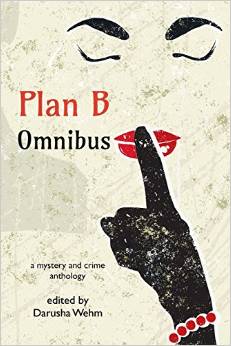 That’s really hard since there are two that I really love for completely different reasons. If I had to absolutely choose one, I’d go with THE HIGH ROAD from Plan B because that’s the story I mentioned
that I wrote in grad school (revised and polished many years later). I had a blast writing it, and it’s one that’s close to my heart. It’s also an homage to the town I’ve called my home for the past 19 years.

Your short story CANYON LADIES was recently accepted into the Sisters in Crime/Los Angeles chapter’s upcoming anthology LADIES NIGHT. What’s it about?

It’s about a Hollywood socialite who schemes how to get rid of her cheating thieving husband. It’s actually the first short story I ever wrote using first person so it was pretty challenging for me. I also tend to write stories that feature male protagonists—go figure—so finding the right female voice for this was really difficult as well. But once I connected with the “bitchiness,” it came pretty easily. I don’t know if that’s good or bad. Ha!

You are also going to be publishing the novella CLEANING UP FINN with Stark Raving Group later this year. What is the plot for that one?

It’s about a womanizing restaurant manager who takes out an underage girl and loses her—literally. He piles on lie after lie when her disappearance turns into a big media frenzy and everyone from the cops to his best friend question his involvement. 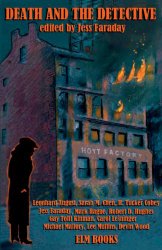 Do you find it more challenging to write short fiction, or longer fiction? Do you prefer one form over the other?

I definitely prefer short fiction. That’s about 90% of what I write. My novella CLEANING UP FINN is actually the longest thing I’ve ever written (and completed). It was totally agonizing yet extremely rewarding. I guess that’s the way all writing is though, isn’t it?

You also write YA mystery fiction. What have you written/ published and how does your approach differ from your adult mystery? Different challenges?

Oh boy. I’ve been working on this YA novel for a while, at least 2 years. And it’s still not done. I don’t even know if it’s a mystery. Or YA. It features a 19-20 year old girl so who knows what to call that? New Adult some say, but I don’t know. The only thing I’d say that is different or more challenging for me is that it’s not a short story. I don’t think of it as a YA novel so much as this overwhelmingly scary project that I just want to finish already!

You are also on the “Make Every Word Count: What Makes a Great Short Story?” panel at Left Coast Crime this year. What does make a great short story?

For me, it’s all about the ending. It’s got to have that bang! That twist I never saw coming. There are

short stories out there that I’ve liked that are more introspective or what I’d say is like “drinking a nice
hot cup of tea.” It leaves me warm, satisfied, and relaxed. But the ones that stick in my head are those that have that knockout punch in the end.

Why is it important for you to be active in writing organizations like Sisters In Crime, and at conferences like Bouchercon and Left Coast Crime?

Writing is so solitary that if I didn’t join Sisters in Crime/LA, I’d probably have given up at the first sign of writer’s block to go be a professor at my dad’s college. I credit my entire writing success actually to Sisters in Crime. If it wasn’t for stumbling upon their booth at the Los Angeles Times Festival of Books in 2006, I never would have discovered the courage to keep writing. They are the most supportive group of people, and I feel so lucky to be a part of it.

The story I read at their holiday party became my first published short story a year later. It’s how I met some of my closest friends which includes my writer group. I see the conferences as a way for me reach out of my comfort zone. Every single conference I try to do something I’ve never done before that scares the hell out of me—like moderate a panel, read at Noir at the Bar, or introduce myself to a writer I totally admire—and it always helps me have more confidence as a writer.

What other publishing plans do you have for 2015?

As odd as this sounds, I have a children’s book coming out! It’s a chapter book for 6-9 year olds and it’s called SUPERBEETLE. Elm Books who published my short story WHITE DEVIL in their anthology is launching their children’s imprint this year. I never would have guessed I’d write a kids book but so far, the entire process has been so much fun. I’ve met several other children’s authors at various functions and that’s another extremely supportive group!

Do you have any advice for newer writers who are trying to get published?

I’d say just keep writing, keep submitting, and do not give up. If you think it will help you, find a good writer group. Do your research. There are so many short story markets out there that you probably don’t even know about. And most importantly – READ!

S.W. Lauden is a writer and drummer living in Los Angeles. His short fiction has been accepted for publication by Out of the Gutter, Akashic Books, QuarterReads and Crimespree Magazine. His novella, CROSSWISE, will be published by Stark Raving Press in June 2015. He is currently putting the finishing touches on his debut novel, BAD CITIZEN CORPORATION. You can read one of his recent short stories right HERE.