This week we’re interviewing a publisher and one of his newest authors at the same time. Should be interesting. Let’s see what happens…

What: Christopher Black is a noir writer of little note and editor-in-chief of Number Thirteen Press—a project to publish thirteen quality crime novellas, one on the thirteenth of each month for thirteen months. He is passionate about crime fiction and films with a special interest in all things noir.

Interviews conducted by email. Some questions and answers have been edited.

Christopher, how did you come up with the concept for Number Thirteen Press?

C.B.: The driving idea was that I love novellas and short novels and see these as the perfect format for a certain style of crime/noir writing—think of THEY SHOOT HORSES, DON’T THEY? or THE POSTMAN ALWAYS RINGS TWICE, or the more recent work of people like Allan Guthrie. Novellas have been out of fashion in mainstream publishing for a long time, but with e-publishing they are suddenly back with a vengeance and I wanted in on the action. But I didn’t want an open-ended project that could fizzle out: thirteen seemed a good, memorable number, it gave me definite end date and one book a month provides an impetus while being something to keep readers interested and coming back for more.

Matt, what made you want to submit REDBONE to Number Thirteen Press?

M.P.: Number Thirteen Press is publishing thirteen crime novellas/novels in thirteen months, consecutively, on the thirteenth of each month. When I heard about this, I thought—that takes some balls. I mean, think of the work involved. Why submit? Here’s a simple answer: Quality. The books they’ve published are good, damn good. A more nuanced answer is that REDBONE, to me, was pure noir, but I thought it was just different enough from what Number Thirteen had already published—it’s sort of a murder ballad-noir. Last year, I had a novella rejected by Number Thirteen (now, that sucker is in a fourth draft).

So, I did what any real writer does, I sat my ass in the chair and wrote another book.

Christopher, your most recent release, REDBONE by Matt Phillips, is the seventh—so you are half way through. What have you learned about publishing along the way that you didn’t know before? What has been the most rewarding part of this experience so far?

C.B.: The most rewarding parts are the beginning and end of the process: going through submissions and getting excited about a writer with a lot of talent and a story with potential, and then finally seeing the end product and how excited the author is to get their book out to the public. In between is a lot of hard work, but all the authors have been really up for it and produced some stunning stuff.

As for what I’ve learned: everything else, from typesetting to social media. In particular: e-publishing is easy but producing quality manuscripts and books takes an incredible amount of time and effort. 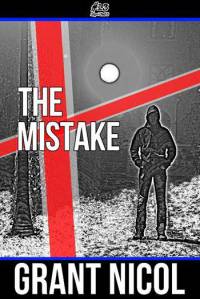 Matt, do you feel any special honor or burden being the seventh release in a thirteen book cycle? Other than your own, which Number Thirteen Press release is your favorite?

You know, any time your work is published, it’s an honor. Halfway to thirteen is pretty damn cool in this case. Like we say in California, I’m stoked. This is my first book, so I feel a huge sense of pride and disbelief. I mean, I actually did it, right? But also, it’s like, I made all this stuff up… in my head. And now it’s out in the world. Kind of a trip.

Alright, at the risk of being pummeled by my fellow thirteeners, I’ll pick two favorites: OF BLONDES AND BULLETS by Michael Young and THE MISTAKE by Grant Nicol. The first is Number Thirteen’s initial release and it sets the tone—hard-hitting noir about how a good deed can really put a guy in some shit. The second is so atmospheric and well-written… Noir at its best. And, for good measure, it’s set in Iceland.

Click here to read the rest of the Christopher Black INTERVIEW

Click here to read the rest of the Matt Phillips INTERVIEW