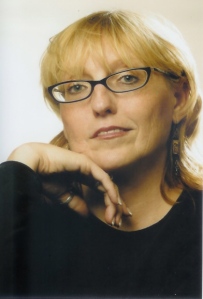 What: Chair of Left Coast Crime 2016 in Phoenix, AZ. She has been a devoted mystery conference attendee since she discovered the Bouchercon convention in 2002. She has attended almost every Left Coast Crime, Bouchercon, and Malice Domestic since then, and was Chair of Bouchercon 2014 in Long Beach, CA. Ingrid has worked for more than twenty-five years in the entertainment industry. She left her position as Executive Director of Marketing for Columbia Pictures in 1997 to start her own company specializing in digital post-production. She is also a mystery writer and insatiable mystery reader.

You’ve been “a devoted mystery conference attendee” since you discovered Bouchercon in 2002. What was so magical about that first convention?

I had just left my studio job to start my own post production company.  I was thinking about writing a novel, and having worked in the music and entertainment field I wanted to check out the publishing “industry” before I did so.  I mean, what if I hated the business? What if it was as cut-throat as the entertainment & music? I went to Bouchercon in Austin, Texas without having been registered. (There wasn’t online registration in those days.) While in line to register I met Elaine Viets who was so gracious and encouraged me to write. Everyone was so welcoming.  It was great.  I realized I’d found my long-lost family I hadn’t even known I’d misplaced. I made acquaintances that have since become some of my best friends. Bouchercon literally changed my life and took me in a direction I could never have imagined. 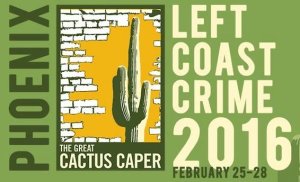 You went on to Chair the 2014 Bouchercon in Long Beach, CA. What does it take to pull a convention like that one together?

It’s like being the circus performer who has all those spinning plates in the air. You have to make sure they keep turning and none of them fall and break. I can’t do it by myself.  It takes a team.  I’m just the leader. You need a good team that works well together.  And faith.  Lots of faith. And flexibility. You need to trust that everything will come together in the end.  It might not be exactly what you had imagined, it could be very different, or it’s even better.

What did you learn from Chairing Bouchercon in 2014 that you are applying to Left Coast Crime in Phoenix this February?

Patience is a virtue. Try and answer your emails promptly. Delegate more.

What can attendees expect from Left Coast Crime this year?

We of course have the usual suspects: tons of panels, “Meet the New Authors” breakfast, opening ceremonies, the Lefty Awards banquet, and of course a book bag filled with free books. This year we’re introducing Author Speed Dating to Left Coast Crime, where readers are treated to tableside pitches from a field of authors. We’re bringing back Author Reader Connections which were introduced in Portland last year. Also, on Thursday morning, Deb Lacy, a social media guru, will be teaching a workshop on Author Branding. 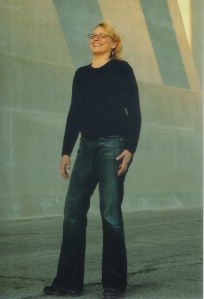 Having chaired both Bouchercon and Left Coast Crime what do you think are the main differences between the two? Similarities?

As an avid mystery reader, what one book or author sparked your lifelong passion for genre fiction?

Nancy Drew mysteries, what else? In grade school I used to tuck them into my text-book and would sneak read them instead of the class assignments.

You are also a mystery writer. What kind of stuff do you write?

What’s next for you after Left Coast Crime?

S.W. Lauden’s debut novel, BAD CITIZEN CORPORATION, is available now from Rare Bird Books. The second Greg Salem novel, GRIZZLY SEASON, will be published in September 2016. His standalone novella, CROSSWISE, is available now for pre-order from Down & Out Books.