What: A Barry Award-winning author of over twenty-five novels, including the Jonathan Quinn series, the Logan Harper series, and the time-hopping Rewinder series. He’s also the co-author, with Robert Gregory Browne, of the Alexandra Poe series.

You are a full-time writer who has published with a Big 5 house, self-published, and now works with 47 North, an imprint of Amazon’s Thomas & Mercer. What have you learned from your travels in publishing?

Someone could write a whole book about that. Not me, though. I’m not volunteering. I’ve learned a ton, some of which was true at one time but then things changed and was no longer valid. Ultimately what I learned is that it is up to me to control my career as a writer. In other words, things change and I need to roll with them, and, no matter how nervous I might get, it’s okay to try something new.

In our conversation at Left Coast Crime in Phoenix, you mentioned that you write 3,000-5,000 words a day, and publish four novels a year on average. What is the secret to managing that kind of productivity?

Well, to be clear, I used to write 5,000 a day. I’m in the 3,000-3,500 range these days. The four novels is right (though not last year). The secret is simple. My job is novelist. Just like any other professional, I need to work everyday. I set a routine and, for the most part, stick to it. I get up before sunrise and write first thing. This way I avoid my mind getting cluttered by the millions of the things that come up throughout the rest of the day.

I also keep a log to track progress word count-wise. That might sound a little clinical, but for me it keeps me on track. The bonus is that I can now look back for years and know what I was working on any specific day, and know how long each book took.

If you could go back in time and give advice to the pre-first novel you, what would it be?

For context, my first novel (and second for that matter) have never been published. The only thing I would tell my pre-published self is not to send it out to agents when I was done, and to think of it as it really was: a practice novel. And that’s okay. The first time a ballplayer goes out to play baseball, they don’t immediately start at first base for the New York Yankees. I needed to learn how to write a novel.

What was the premise of the first novel you wrote but didn’t publish? Have you always written thrillers?

It was a modern-day urban fantasy…a shape shifting society hidden among us. It would also qualify as a thriller. Which goes to the second question. While I write in a few different genres, each of my stories could also be considered a thriller. I think the elements of writing a thriller are imbedded in my DNA. Either that, or I’m lazy.

What advice would you give a new writer trying to break into the genre publishing game in 2016?

The first piece of advice would be the same one given to writers throughout time—write the best book you can. Beyond that, pursue the avenue that you think will be best for you. You’re in a golden age when you have more avenues to publication than there have ever been before. And if the direction you chose doesn’t work out, don’t get discouraged. Just try something else. It’s all about persistence. 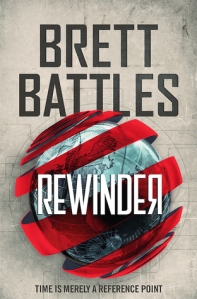 In your opinion, does the same logic apply to getting an agent? What is the right time to seek representation?

If you are at all considering trying to get traditionally published, then I would suggest querying agents first. I queried over a hundred agents for each of my first three books. So, yes, persistence applies here, too. If you can get one to take you on, they will help put your book in front of the right eyes. If you’re intent on only going indie, you don’t need one, but if you do get into ANY contract situations, you should absolutely consult a lawyer familiar with the book world.

How do short stories fit into the equation?

Short stories are a great way of getting some attention. If you’re good at writing them (and it’s definitely a different skill than novel writing), you can try to get them published in several print and online magazines and websites. You might not get paid a lot (if at all, and that’s troubling because I don’t think you should ever do anything for free, but sometimes you might not have a choice), but it will help to get your name out there. Once you have the rights back, you can actually self-pub them. That will help expand your digital bookshelf in online stores, and, hopefully, make you a little money in the process. 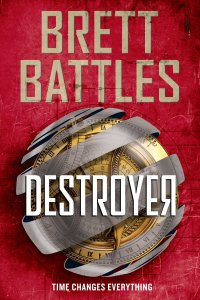 Aside from yourself, who are some contemporary writers that you think are doing it right?

Blake Crouch is doing amazing things. He started out with one of the Big 5, went indie, and now is with the Big 5 again. He’s had his indie (turned traditionally published) series, WAYWARD PINES, turned into a series on FOX, and now has another TV show from a different series in production. Barry Eisler is doing great. Hugh Howey of course, he’s the king of the indies…if you haven’t read WOOL (and the sequels SHIFT and DUST) stop reading this and go buy them! And we can’t forget Andy Weir and THE MARTIAN. He self-pubbed that first, thinking that he might get a few engineers and scientists to read it. Now it’s traditionally published and a hit movie that was nominated for Best Picture at the Academy Awards. These are just the big names. There are so many others—indie, traditionally published, and hybrid—doing great things. 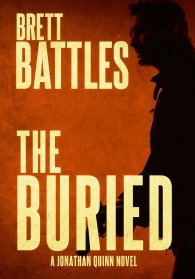 What are your publishing plans for the rest of 2016?

I have a new Quinn book (THE UNLEASHED) this week. My 10th, or actually 11th counting the prequel. It’s out on Friday. Beyond that, I’m hoping to have two to three more novels out. I’m kicking around a new standalone right now. I also have another novel that’s almost done which I might release episodically later in the year. I’ll also be diving into the third book of my REWINDER time travel series, though I’m not sure yet if that will be out this year or next. Basically getting as much fun things done as possible.