To say that you’re a voracious reader would be an understatement. How many books did you read in 2016? What is your goal for 2017?

153, according to Goodreads. It’s way too much for someone with a full-time job that doesn’t involve reading books. I do things obsessively and I had in my mind to keep a pace of two to three book reviews a week on Dead End Follies, which I did. It wasn’t always pleasant though. I’ve stayed up late to read boring books. I’ve finished some on Friday morning, picked up my laptop and hastily wrote the review. It’s not a fun or smart way to read books.

My goal in 2017 is to read 100 and to review 72 on the site. Six a month. That way I can enjoy my readings better and write better pieces. I’ve started working with great contemporary intellectuals in 2016 and they taught me a precious lesson: there isn’t something smart to say about every book, so I better save my words for material that will interest my audience.

How do I find the time? I make it. I walk a twenty-minutes commute to work every day and read then, whether it’s 120 degrees outside or -40. I’ve bought these fingerless gloves so I can keep turning pages or swipe on my Kindle. I read thirty minutes during lunch hour. When I commute back home at night. Before I go to bed. I basically never have any downtime. I always carry a book around, so I read whenever I have a chance. I’m the book guy for everyone around me. I read everywhere, so people always interrupt me to tell me they would read if only they had the time. 🙂 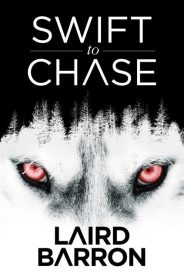 You published your impressive “Best Reads of 2016” and “Notable Reads” lists at the end of December. How do you select from the hundreds you read every year? Do you keep a running list?

Thanks! I do keep lists on Google Drive. When December comes, I browse through my reads of the year and shortlist whatever had an emotional impact that still resonates. This year, I ended up with 36 titles. I’m not kidding when I say I’m a good audience: there were at least 36 books I REALLY enjoyed last year. Then I do another short list of whatever had a MAJOR impact on me. Some years I end up with less than 20 books. When I have twenty, I start listing them in order of preference. That’s the hard part. I spent at least an hour last month debating whether Joe Clifford’s DECEMBER BOYS should go in “Best Of” or “Notables”. It ended up being in the latter, but it was close.

It’s a rather organic process. My choices are not objectively better, I just enjoy them more and believe most people who read my site would too. Sometimes they do. Sometimes they don’t. My favorite read of 2016 was Laird Barron’s short story collection SWIFT TO CHASE, and I’ve made it known. Some readers contacted me to thank me for the suggestion and others told me they didn’t enjoy it at all. Every reader has different sensibilities. The difference is that I broadcast mine and that (I think) I have good reasons to like what I like.

What are some of the books you’re looking forward to reading in 2017?

The novel I’m most excited about is SHE RIDES SHOTGUN, by Jordan Harper. His debut short story collection, LOVE AND OTHER WOUNDS, convinced me he’s a superstar. The next great stylist in crime fiction. I’m excited to read an actual novel
from him. Other books I’m excited for: ENTROPY IN BLOOM, by Jeremy Robert Johnson, and Johnny Shaw’s new Jimmy Veeder fiasco. Shaw’s not a stylist like Harper, but he’s one hell of a storyteller. I’m reading his novel FLOODGATE right now and it’s fantastic. There aren’t many writers like him out there.

I’m excited about the four new books Broken River Books’ editor-in-chief J. David Osborne has decided to publish in 2017. He’s one of the rare authors I always pre-order for. Grant Wamack and Kelby Losack have novels coming from Broken River this year that I’m also interested in reading. That’s about it. Otherwise I’m going to keep my ear to the ground and reach out for what people are interested in. This is an important part of being a reviewer: you can’t get people interested in what they don’t know unless they trust your opinion on things they do know and take interest in. So you have to read a certain amount of books everyone is reading.

You also do a lot of movie reviews at Dead End Follies. How do you decide which films to review? Which is easier for you to review, movies or books?

My rules for selecting movies are much looser since I don’t have a theater budget and I’m not invited to screenings! Mostly, I try to remain within the editorial guidelines for a given month: detective fiction, supernatural horror, etc. Sometimes it can only be a movie I watched with Josie. I have certain yearly traditions, too, like reviewing the nominees for Best Picture Oscar.

Movies are definitely easier to review than books. They’re a more rigid and more structure medium, which makes it easier to analyse an compare. In cinema, you really have to go out of your way to find an atypical screenplay or to challenge structure because they involve financial risks.

Movies are also easier to talk about objectively because they’re considered a disposable commodity by audiences. Not many people have a visceral relationship to films, so it’s easier to discuss them critically. I rarely got shit for disliking a movie. Although I once had a crazy person chasing me over my contact platforms and calling me an idiot and ignorant for not liking the documentary Room 237. It happens. It’s rare but it happens. When I give a book a critical review, I get at least one form of negative backlash. It goes from hate mail to my Goodreads and Amazon reviews being mysteriously flagged and deleted, but it happens every time.

You write most DEF reviews. Any plans to add additional reviewers?

The short answer is yes, but I’m still working on a winning formula. My friend and talented reviewer Gabino Iglesias wrote reviews for the site on 2016 and he’s been killing it. He reviewed books I didn’t even know existed, yet perfectly fitted my editorial needs. He helped me discover new voices and to better understand my audience. I’m looking forward to working with him again in 2017, but I’m aware the site doesn’t offer great incentive to other critics to collaborate regularly. It’s not making money yet and while it has a sizable audience (it never dipped below 1K unique visitors a month), it’s still too nice to offer interesting value, so I’m working both on improving numbers and a guest reviewing formula for 2017. Gabino will always have the keys to the house, but I won’t be taking other regular collaborators as of now. Not until the site is comfortably geared into its new direction and growing. Think of it like I’m holding auditions, I guess? 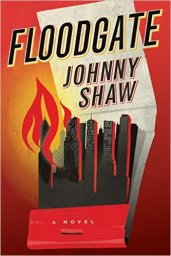 Who are your favorite reviewers?

I have become obsessed with a criticism YouTube channel called Wisecrack in 2016. They’re a collective of intellectuals picking apart movies, television series, video games and even books in humorous videos. They’ve recently published videos on Darth Vader, Rick & Morty and South Park. Wisecrack is fighting the good fight. They’re helping people reappropriate a relationship to their entertainment, which I believe is a crucial skill in the 21st century. My respect and admiration for these guys have no bounds.

Many of the best contemporary critics have migrated to YouTube because it’s where the audiences are and, believe me, I’m considering it. There is a new generation of talented critics emerging on various websites, though: Bob Pastorella from This is Horror, and Chris Lambert from Film Colossus come to mind. I enjoy reading them immensely. They’re guys who can think for themselves, see the subtleties in art, and provide some true original insight that make your perspective richer. I often turn to one of them if I don’t understand something. Other critics I like to read online: George Cotronis, Keith Rawson, Miranda Koryluk, Richard Vialet, Dan Schwent, Kemper Boyd, Joseph Haeger and, of course, Gabino.

Any exciting new developments planned for DEF in 2017 and beyond?

Many, many new projects.

Dead End Follies has always been somewhat of an intellectual ritual for me, but right now I’m genuinely excited for the future. Bob Pastorella challenged me to a Peter Straub readathon, which is starting earlier this month. I’ve been looking into some YouTube projects also. Not necessarily my own, but as a contributor. The reviewing game is so much more advanced on YouTube, man. I feel like I need to learn from what they do, you know? I’m also in talks with a MAJOR site to become a contributor. Not necessarily for my criticism, but we’re talking MAJOR LEAGUES here, so the goal would be to learn from how they work. I’m not sure how much it will reflect on Dead End Folles in 2017 per se, but this is a world of new and exciting possibilities.

Otherwise, the audience is going to witness a leaner, more refined formula. Less content, but better content. More researched and (hopefully) more interesting. The goal here is to really be reader-centric. I want to make it a go-to resource for them. This year will be all about making tweaks, improvement and new material. There will be less indie publishing coverage, but it will hopefully matter more when I get to it because right now I’m not moving the needle half as far as I want to, you know?