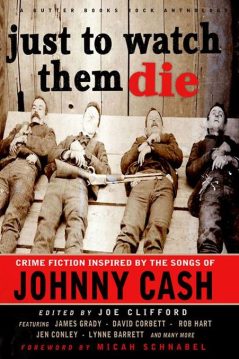 Last week, Gutter Books released their latest music-themed anthology, JUST TO WATCH THEM DIE: CRIME FICTION INSPIRED BY THE SONGS OF JOHNNY CASH. The collection was curated by Joe Clifford who got an Anthony Award nomination for his previous rock anthology, TROUBLE IN THE HEARTLAND: CRIME FICTION BASED ON THE SONGS OF BRUCE SPRINGSTEEN.

I was aware of Johnny Cash growing up, but didn’t develop a passion for his music until I discovered roots-influenced punk bands like The Blasters, X, The Cramps, Social Distortion and The Gun Club. By the time I reached college, Cash’s music was in heavy rotation on my stereo. To this day, one of the best concerts I ever saw was The Man In Black live at The Pantages Theater in Hollywood with Beck as the opener. So when I heard Gutter Books was putting this collection together, I knew I had to submit a short story. The song I chose was “25 Minutes To Go.”

In honor of the release, I contacted Joe Clifford and a handful of contributors to find out what Johnny Cash means to them. I think you’ll enjoy their responses almost as much as this fantastic anthology (which you can snag RIGHT HERE).

What inspired you to create a Johnny Cash-themed crime anthology?

We did the Springsteen one, which did pretty well, in terms of sales. But, man, so many people wanted to be in it (and were sorta pissed at me for not asking them). So we tried to do another Springsteen one, but his lawyers said no. So I tried to think of another Americana artist who embodies that crime fiction spirit, and who better than Cash? So I asked a bunch of new writers (and then there were some more writers I didn’t ask who sorta got pissed.)

What Johnny Cash song were you surprised that nobody claimed?

I’ll cheat a little here. Ryan Leone took “Folsom Prison Blues,” but his story was originally called something else, and when he learned that no one had claimed FPB, he changed his title (which works better for the piece anyway).

Here’s a little insider info: it helps if they are dead. Seriously. I know that’s morbid as fuck. But dead people can’t sue you. There’s some weird legal thing. I think. I mean, I don’t know. I heard that, so I’m going with that one. We wanted to do the Stones but those fuckers sue everyone. Probably get sued just for using their name here.

Then again, part of me thinks, “Hell yeah. Let’s do Taylor Swift!” I mean, how cool would that be? To be sued by Tay Tay? And the free publicity alone! But I really am a huge admirer of her work, her latest single notwithstanding. That would be a kick-ass collection. Brian Panowich (another T-Swizzle fan) would contribute, I know. Think about the titles: “.22,” “Mean,” “I Knew You Were Trouble,” “Red,” etc. Her All-American Girl image totally lends itself to a warped interpretation of the word Americana. [Editor’s Note: I vote for Band-Aids Don’t Fix Bullet Holes: Crime Stories Inspired By The Songs Of Taylor Swift. I’m also claiming “Mean.”]

As it stands now though, we have Lou Reed up next (edited by Jon Ashley), and then, who knows? We’ll probably be at war with North Korea anyway. 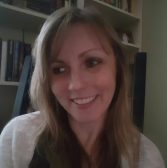 I grew up in the Northeast so we didn’t hear too much country music but it seemed every man in my grandfather’s generation loved Johnny Cash. I heard about him before I actually heard his music.

I choose “God’s Gonna Cut You Down” because the title, and maybe even some of the song’s theme, went with what I had planned to write. My story is about murder and revenge and guilt and pity—how brutally should a person be punished for a horrible crime? I think that’s a Johnny Cash theme. When I was finished writing the story, I was proud but I was also sick. It’s the darkest thing I’ve ever written. 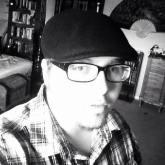 My grandpa used to listen to him constantly, which meant my brothers did, too. I picked up a few songs by him here and there but I probably didn’t learn to love him until I discovered his cover of Nine Inch Nail’s “Hurt”.

I originally wrote my story with “I Walk the Line” in mind, but realized after it was written that somebody had already called dibs on the title. However, my story also paired perfectly with “Understand Your Man” so it wasn’t too much of a big deal. As for why I chose either song, I already had the main story idea in my head, so it was simply a matter of deciding the best track to accompany it. The story itself was inspired by my shithead brother getting arrested for beating his soon-to-be ex-wife. Someone called in a bomb threat while he was sitting in county, so the cops kind of just told everybody locked up to go home and they’d call them when the threat was clear and request they return back to jail. I thought it was the weirdest goddamn decision and knew I had to write something about it. 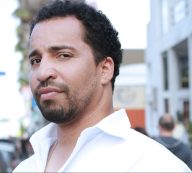 I was fortunate to come up in an era where music easily crossed boundaries. It wasn’t odd for a young kid from where I grew up to dig rock and roll and country. My pops had an eclectic record collection and Johnny Cash at Folsom Prison was in it. Then the whole Man In Black thing. Black folk figured two things: Elvis Presley had an African American ancestor he didn’t talk about, and Johnny Cash identified with us more than anything else. Didn’t matter if it was true. I first heard “I Walk The Line” with a buddy of mine in his father’s station wagon. I remember being stirred by his voice.

The gun homicide issue in Chicago is something that sits with me constantly. At the moment I was invited to participate I was reflecting on the uptick over a few days. I scrolled through my phone for songs I had on hand and “Don’t Take Your Guns To Town” jumped out at me. 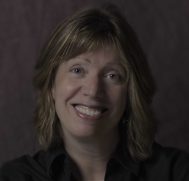 I think I heard “Ring of Fire” as a kid, without knowing who was singing. I grew up in New Jersey and my parents were listening to middle of the road New York City radio stations, so it would be his crossover hits I heard. I remember that my father liked “Ring of Fire” a lot. Then I think it was because of Bob Dylan’s Nashville Skyline album that I first learned who Cash was, and I had a friend who had the live at At Folsom Prison album and played it all the time.

When I heard of the anthology concept, the first song I thought of was “A Boy Named Sue,” simply as the Johnny Cash song I liked least for its storyline. I had not realized until then that it was written by Shel Silverstein, by the way. I was thinking about other songs that might prompt a story, but somehow I kept going back to why I had always thought “A Boy Named Sue” was sad when others had considered it funny. And then one morning something clicked, because this was when North Carolina, where I had lived at one time, was still defending the law that made just going to the bathroom a crime for trans people, and I realized that the thinking there, the same sort of suspicions and insecurities about gender, were behind both. And out of this my narrator for “A Boy Named Zoë” was born, with a voice I could hear in my head. The story picks up the tensions in relationships with parents (both parents, in this case) and how those can change over time, but it is otherwise a free-standing tale, with a nod to the Goth aspects of The Man in Black. 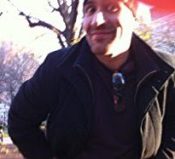 My first exposure to Cash was his cover of “Rusty Cage” off Unchained. I went backward from there and sort of fell in love with his voice. Not sure what the hell it is about it but it puts me at ease for some reason. I chose the song “Jackson” because it’s got a tone most people never associate with Cash. It’s a little lighthearted but maintains that edge.

I grew up in a small town in Northern California. My dad was a lumberjack—the real flannel-wearing, ax-swinging kind. It was Johnny Cash country (one of my uncles was a guard at San Quentin during the 1969 live album.). Johnny Cash was on the radio, on the turntable, and part of the culture I grew up in. My brother told me a story of when he was in the Navy during Vietnam. He walked into a bar in the Philippines and the locals were singing Johnny Cash karaoke.  It was a natural progression from Johnny Cash, Merle Haggard, and Waylon Jennings to a skinny guy from New Jersey when I hit my teens.

This is a two-part answer. I came to the anthology list late and I received a list of songs that had been “claimed.” To my delight, “Man in Black” was still available. It is an evocative song, full of anger at the injustices in American society in 1975 and, unfortunately, are little unchanged today: “But ’til we start to make a move to make a few things right, You’ll never see me wear a suit of white.”

Without giving up the goods, my story is about a modern day “man in black” who tries to “make a few things right.”