There is an important moment in every budding rock musician’s life when they first discover Big Star.  Although the they never achieved mainstream success during their original run in the early 70s, their legacy as a quietly influential rock band is unquestionable at this point. Why that is—how a band can be so far ahead of its time—is one of the themes in the tragic 2012 documentary “Big Star: Nothing Can Hurt Me.” Among the small catalog of songs they released during their short career is the fan favorite, “September Gurls.” Not only does it have one of the most heartbreaking opening guitar riffs ever, but the evocative lyrics would make a great short story. 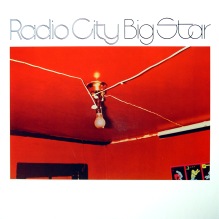 Our narrator is heartbroken and alone, obsessively reliving a short relationship that burned hot. They met in September, presumably at the beginning of the school year, but the flame burned out by the time December rolled around. His life has been cold and lonely ever since. It’s only when he climbs into bed at night and dreams about her that he feels whole again. And then the cold sun rises and our hero is forced to survive another winter day.