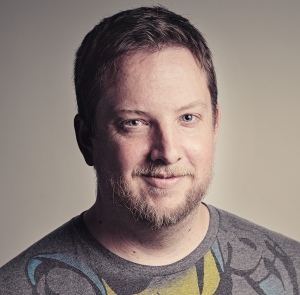 What: Author of the novels MURDER BOY and RIOT LOAD. His short stories have appeared in a number of journals of varying repute. He was shortlisted for the Debut Dagger Award from the UK Crime Writers Association. As an editor, Bryon’s most recent position was as the commissioning editor for Angry Robot’s crime fiction imprint Exhibit A Books. Books he’s edited have been chosen as the best of the year by USA Today, Library Journal, and others.

Dominick Prince is back in your new book, RIOT LOAD. Have things gotten any easier for him since his debut in MURDER BOY?

No. No they have not. He’s suffering a form of PTSD from the events that happened to him in the first book and that’s forced him into this kind of cocoon where he just wants to work a boring job and live a boring life and maybe not be involved in any more murders or kidnappings. But his natural (unnatural) attraction to bad luck and his incredibly poor decision-making skills are put to the test in this book and things don’t go well. At all.