SoCal’s South Bay community (including Hermosa Beach) has long been considered the cradle of American hardcore. Once home to the legendary church immortalized in The Decline of Western Civilization, this laid back beach town has produced an endless flow of punk bands over the decades including the big four—Black Flag, Circle Jerks, Descendents and Pennywise. Formed a decade after their forerunners, Pennywise picked the flag up and continues to carry it around the world thirty years later with hard-hitting songs that are often about positivity and self-reliance. 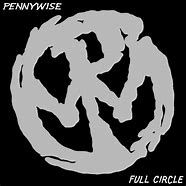 “Date With Destiny” from their 1997 album Full Circle exemplifies the band’s sound, but the lyrics would make a great short story. Our narrator opens by describing a series of untimely deaths ranging from a plane crash to an earthquake. It’s clear that he’s having extreme thoughts about the nature of life and coming to grips with the inevitable demise awaiting us all. More than just a morose examination of mortality, our protagonist challenges us to examine the way we lead our lives. He asks what we would do if we only had one hour to live, ultimately pleading with us to live every hour like it was our last.

Read the lyrics for Pennywise’s “Date With Destiny” HERE.

Black Flag’s unrelenting sonic onslaught might make your ears ring, but the visceral anger and paranoid isolation will rattle your soul. It’s an unapologetic approach that’s evident in their earliest recordings, including the legendary “Nervous Breakdown” EP. Released at a time when Donna Summer, The Knack and Bee Gees topped the charts, this misanthropic slice of fury and confusion remains a blistering reprisal against all of mainstream culture. Forty years later, Black Flag continues to define the hardcore sound they helped create. 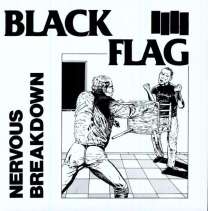 Which is why the straightforward lyrics of “Nervous Breakdown” would make such a great short story. From the opening line, our narrator declares himself a ticking time bomb. Fed up with the platitudes he hears from the people all around him, he pushes forward against the crowds that he’s grown to hate. But even in his apoplectic state, when all he wants is to end the misery, he cries out for help that he’s certain will never come.

In other words, Happy Monday!

What: As part of the Washington, D.C. music scene in the early 1980s, Robert played bass in Artificial Peace and Government Issue. He’s toured the country, and his music was released on Dischord Records and other labels. In DESCENDING MEMPHIS, Robert tells a detective/coming-of-age-story set just after the birth of rock ‘n’ roll.

Congrats on the success of your debut novel, DESCENDING MEMPHIS. What was the inspiration for this story?

Thank you for asking. It began with a question. What if Johnny Cash never made it as a musician, but instead became a detective with all the character traits, quirks and flaws of the Man in Black? I considered writing such a story, and mentioned the idea to a friend who happens to be a lawyer. He saw it as a legal issue. Meaning, the Johnny Cash estate might not look favorably upon such an endeavor. So I created Tommy Rhodeen, a small-time private eye in Memphis whose dream is to make it big in rock ‘n’ roll. It was the right decision.