Like most podcast listeners way back in 2014, I couldn’t get enough of Serial. I wasn’t quite as taken by Serial’s second season, but plenty of other true crime options started popping up in my feed. A couple of all-time favorites include Dirty John and S-Town.

My favorite new true crime podcast is The Long Dance. Here’s a description of the 8-part series from the show’s website:

A disclaimer before we begin. One of the show’s creators, Eryk Pruitt, is a friend of mine from the Indie crime fiction community. You’ll also hear my voice at the beginning of each episode because Mr. Pruitt and his team were kind enough to let us promote our crime, mystery and thriller fiction podcast, Writer Types, with a quick ad. If all of that will keep you from taking this review seriously, stop reading now—but definitely don’t let it stop you from checking out Episode 1 of The Long Dance. I have a feeling you’ll be hooked, just like I was.

Which brings us to my review… 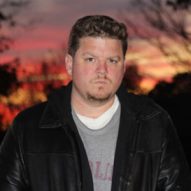 Producing a podcast about an unsolved 46-year-old double homicide seems like a tricky business. Not only is the evidence old or missing, but many of the people you’d naturally want to interview have long since shuffled off this mortal coil. This includes everybody from law enforcement officials, witnesses and suspects, to family and friends connected with the victims. So it’s really impressive that Pruitt (pictured at left), Adamek (pictured below) and Kessler manage to weave a captivating tale despite the many roadblocks built up by the sands of time. Even more impressive is their ability to pull the story into the present by essentially re-opening the cold case themselves. In many ways, their dogged persistence is the real engine that moves this gripping story forward.

This mostly works because of the professional relationship Pruitt and Adamek developed with Major Tim Horne of the Orange County Sheriff’s Office. If this story was one of Pruitt’s dark rural noir novels, Horne’s thorough approach, cautious optimism, and even-keeled demeanor would almost be clichéd—which makes him that much more engaging as the de facto third narrator of the series. That alone is worth investing 8 hours of your podcast-listening time, but it’s not even my favorite part of this series.

The main thing that kept me bingeing The Long Dance over the course of a couple of days was the well-developed sense of time and place. Durham, North Carolina is not the town it was 46 years ago, and neither are the people most affected by the Mann/McBane murders. Many of the interviews included in the series highlight how the world moves on, even from something as heinous as the brutal murders of a young couple. It’s possible to listen to The Long Dance as a straight true crime narrative and you definitely will not be disappointed, but the real triumph of this podcast is the way it showcases the pain, regret and anger that lives on inside the people touched by this almost forgotten tragedy.

My second Tommy & Shayna Crime Caper is available TODAY thanks to the nice people at Down & Out Books!

And the reviews are starting to come in. Here’s what Dan Malmon over at Crimespree Magazine had to say about CROSSED BONES:

“Lauden is clearly playing with every trope in the drawer with this series of novellas. With every nod, wink, and smile that he sends through the page to the reader, you know he’s having an absolute blast with this series.”

Sounds about right. Please check out that review and click right HERE to check out CROSSED BONES on Amazon.

S.W. Lauden is the author of the Greg Salem punk rock P.I. series including BAD CITIZEN CORPORATION and GRIZZLY SEASON (Rare Bird Books). His Tommy & Shayna Crime Caper novellas include CROSSWISE and CROSSED BONES (Down & Out Books). He is also the co-host of the Writer Types podcast. Steve lives in Los Angeles. 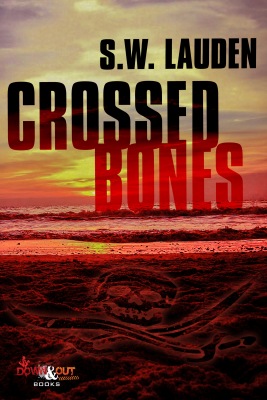 I’m thrilled to share the cover for the new Tommy & Shayna Caper, CROSSED BONES. This is the follow-up to my novella CROSSWISE. CROSSED BONES will be available from Down & Out Books on May 1, 2017!

Shayna Billups left Tommy Ruzzo and Seatown, Florida in smoking ruins before escaping to New Orleans. She’s slinging rum drinks at a pirate-themed dive bar when a treasure map grabs her attention. All alone and thirsting for adventure, Shayna follows the clues to North Carolina where she assembles a band of drug-dealing pirates to wage war on a murderous mayor and his blood-thirsty biker gang.

As the bodies pile up, Shayna wonders if Ruzzo will find her before she ends up in Davy Jones’ Locker.

And check out the CROSSED BONES pre-order link on Amazon.

Tell a friend. Tell an enemy.

What: A screenwriter, author and filmmaker living with his wife Lana and cat Busey.  His short films FOODIE and LIYANA, ON COMMAND have won several awards at film festivals across the U.S.  His fiction appears in The Avalon Literary Review, Pulp Modern, Thuglit and Zymbol, to name a few. In 2015, he was a finalist for the Derringer Award for his short story “Knockout.” His novels, DIRTBAGS and HASHTAG, are available in e-book and paperback. He is also the founder of Noir at the Bar, Durham, and organized Noir at the Bar,  Raleigh Bouchercon.

I kept stumbling upon them across the internet and wanted to attend one, possibly get the stones to read at one after a while. I traced them back to Jed Ayres and asked him what Durham had to do to get one, so I could experience it. He said “You got to start one yourself.” He helped me find authors who would drive to Durham and it was a blast. We had great readers and afterward, I had a night on the town with Grant Jerkins, Peter Farris and Charles Dodd White, which could not be beat. The next one we did featured eight authors from the immediate area. We had another. I’ve read in Baltimore and at Shade in New York City. It was my first time up there and man, it was a total hoot. I’ve never met nicer people.

END_OF_DOCUMENT_TOKEN_TO_BE_REPLACED

Eryk Pruitt is screenwriter, author and filmmaker living in Durham, NC. His short films FOODIE and LIYANA, ON COMMAND have won several awards at film festivals across the US. His fiction appears in THE AVALON LITERARY REVIEW, PULP MODERN, THUGLIT and ZYMBOL, to name a few. His novel DIRTBAG 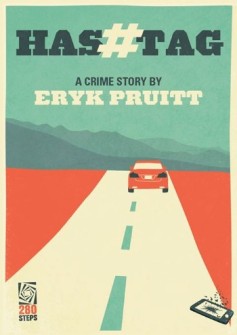 I was lucky enough to catch up with the author last month between book and film projects, long enough to have him answer a few questions. Here is an excerpt from my interview with Eryk Pruitt.

How does your new novel, HASHTAG, differ from your debut novel, DIRTBAGS?

HASHTAG, for one, is a little longer. Much like DIRTBAGS, it is told in three parts. It also gets a prologue and an epilogue, which I’m pretty happy about. Our characters get a chance to leave town some in HASHTAG, which is fun. I think there’s no place more beautiful, more sinister, more dangerous and more blessed than the American South, and I wanted to take the readers on a little ride, so we manage to get out of Lake Castor. How we do it… well, that’s a different story. 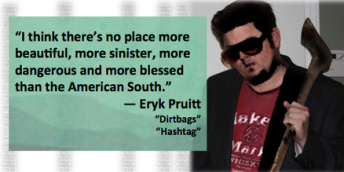 Was writing a novel easier the second time around?

I was fortunate enough to have already written HASHTAG by the time DIRTBAGS was published. However, after having gone through line edits and copy edits, it fiddled with my head during HASHTAG rewrites. I kept rewriting it and rewriting it, and even after 280 Steps took it, I still emailed them and asked if I could rewrite it one more time. Since I’ve been lucky enough to get some good reactions from people regarding DIRTBAGS, I put a lot of pressure on myself to make a book that people will like. I kind of forgot that I was supposed to have a lot of fun and that’s what people will respond to. It took me a while to get that through my thick skull, but I think I’ve got it down now. Have fun while you’re writing and everything will be just fine… I hope.