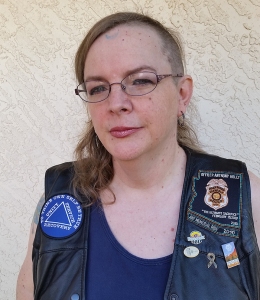 What: She writes gritty tales about outlaws, renegades, and misfits. Her hobbies include riding motorcycles, picking locks, and getting inked. Her debut novel IRON GODDESS will be published by Penguin Random House’s Alibi imprint on June 28, 2016.

Congrats on the upcoming release of your debut novel, IRON GODDESS! Can you tell us a little bit about how this story came together?

Thanks! I’ve been riding motorcycles for several years now. A few years ago, I saw a news story about a custom motorcycle shop that specialized in bikes for women. I’m 5’6” and there are a lot of motorcycles that are simply too tall for me, especially sport and off-road bikes. So I imagined a female biker that ran her own shop. That was the starting point.

Your protagonist, Shea Stevens, is billed as an “ex-con biker chick turned law-abiding citizen”. How much of you is in this character?

There are some similarities and a lot of differences. We’re both bikers who are willing to go to extremes to protect the people we care about. We both live outside the mainstream of polite society. We are both estranged from our families of origin, though for different reasons. And we both are adept at picking locks.

But you wouldn’t want me working on your bike or car. I don’t even change my own oil. And I’ve never spent time in prison. So far.

END_OF_DOCUMENT_TOKEN_TO_BE_REPLACED 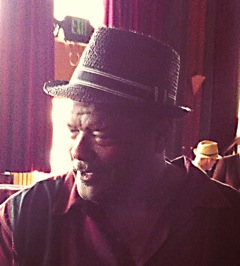 What: Author of more than a dozen novels, a couple of short story collections, graphic novels, edited or co-edited several anthologies, and has various short stories in numerous anthologies. He is the former president of the So Cal chapter of the Mystery Writers of America, this year’s chair of the Eleanor Taylor Bland Crime Fiction Writers of Color grant awarded by Sisters in Crime, and current president of the Private Eye Writers of America.

Your most recent release is 3 THE HARD WAY, a collection of three novellas from Down & Out Books. What is it about novellas that you like as a writer? Do you also enjoy them as a reader?

Interesting that the famed (or is that fabled?) James Patterson is getting into the novella effort in a big way. Not sure this means all boats rise, but it is the case that various writers across various genres have been on the grind pumping out 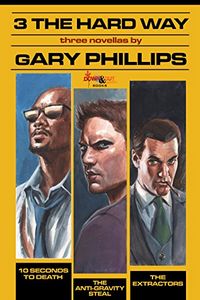 novellas – 20,000 to 40,000 words – for some time. This echoes the heyday of the original pulps in the ‘30s when you could buy for a dime then twenty-five cents a pulp magazine, so-called for the cheap paper it was printed on but now refers to a certain rat-a-tat style of writing, with superhero-type characters such as Doc Savage, the Golden Amazon, Captain Future, the Shadow and so on. Each would have a lead feature said to be a novel-length tale, usually 40,000-50,000 words, plus several short stories.

3 THE HARD WAY then is in that vein. Two of the stories are more pulpy, action-adventure oriented, and the third is crime fiction. As a reader to me a novella gives you just enough story to dig in for a while but the demands of the form mean less extraneous matter and more charging ahead. Though that is not to slight characterization. I like novellas too as that might mean for a series character you can put out three or four of them in a year. Or if the finances lined up, why not once a month like back in the day?   No one has done that quite yet, but I would think that’s coming.

END_OF_DOCUMENT_TOKEN_TO_BE_REPLACED 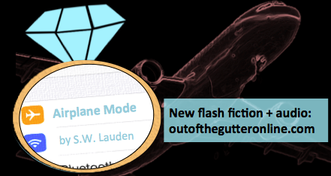 The Flash Fiction Offensive (at Out of the Gutter Online) was one of the first places to ever publish a short story of mine. That piece of flash was called “Dead Beats”. It features a murderous rock band on the road to a major label record deal—until the rhythm section kills a drug dealer.

After “Dead Beats” was accepted, my good friend and roving rock star Marko DeSantis (Sugarcult, Bad Astronaut,  Nerf Herder, Swingin’ Utters, et al) agreed to do a dramatic reading of it. That became the first in an audio flash series that I have been producing for TFFO/Out of the Gutter. Other installments have included “Daddy’s Girl” by Nicky Murphy, and “How I Got Into The Navy” by Travis Richardson. Today, my latest short story “Airplane Mode” went up.

The audio that accompanies “Airplane Mode” was read by LA-based mystery writer, Andrew Jetarski. Jetarski’s fiction has appeared in anthologies published by the L.A. chapter of Sisters in Crime (“Ladies Night” and “Last Exit to Murder“—Down & Out Books), and his story “The Sunset Premium” was featured as part of Akashic Books’ “Mondays Are Murder” series. His story “Dance Man” was a Derringer Finalist in 2014. You can find Andrew Jetarski on his website, Facebook or Twitter.

S.W. Lauden’s short fiction has been accepted for publication by Out of the Gutter, Criminal Element, Dark Corners, Dead Guns Magazine, Akashic Books, WeirdBook, Spelk Fiction, Shotgun Honey and Crimespree Magazine. His debut novel, BAD CITIZEN CORPORATION, will be published by Rare Bird Books in October 2015. His novella, CROSSWISE, will be published by Down & Out Books in 2016. 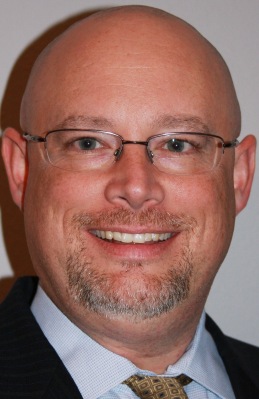 What: Owner of Down & Out Books, an Indie publisher focused on great crime fiction with a slant on the harder side of life.

Tell me about the moment that you knew you were going to start Down & Out Books. What was the inspiration?

The short answer is that in 2011, after Ben LeRoy and I sold Tyrus Books (I was an investor and CFO), I still had an itch to be in the publishing business. So I blew the dust off of a business plan I had put together in mid-2009 and started D&OB. The initial goal was to be a vehicle for authors, who didn’t want to self-pub, to have their titles published as ebooks. I had no intention of releasing previously unpublished books, but the company soon blossomed into that arena. 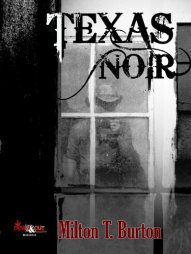 What was the first book that D&OB published? What did you like most about that manuscript and/or author?

The first title published by D&OB was Crimespree Magazine #40. Jon Jordan and I had been talking about Tyrus publishing the ebook for him. With the sell, he said why don’t you do it under D&OB. 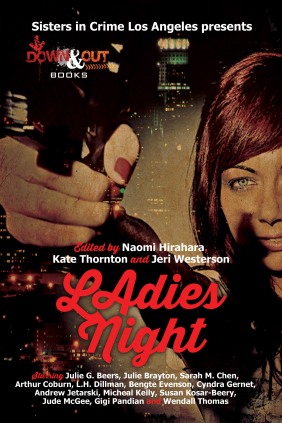 What is the most recent book that you published? What did you like most about that manuscript and/or author?

Well, I had four books drop on June 1, including: OVER THEIR HEADS by JB Kohl & Eric Beetner; LADIES’ NIGHT: Sisters in Crime, Los Angeles 2015 Anthology edited by Naomi Hirahara, Kate Thornton and Jeri Westerson; RULES OF HONOR by Matt Hilton, and TALES FROM THE BLUE LINE by Rob Riley. END_OF_DOCUMENT_TOKEN_TO_BE_REPLACED