Tom Pitts has had a busy year. He is half of the editorial team that runs The Flash Fiction Offensive for Out of the Gutter. His new monthly podcast for Authors on the Air, “Skid Row Chatter,” has had great interviews with crime fiction luminaries like Todd Robinson, Benjamin Whitmer, Jack Getze and Les Edgerton. And somehow he still found time to promote his debut novel from 2014, HUSTLE, while releasing a killer novella, KNUCKLEBALL, as a follow-up. 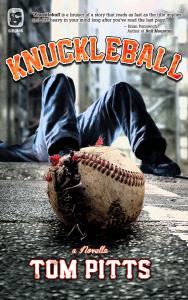 Here’s what Mr. Pitts had to say about KNUCKLEBALL in our interview earlier this year: “The impetus for the story came to me while I was in Golden Gate Park walking the dogs. The whole Bryan Stow thing was happening at the time. Bryan Stow was the poor bastard who was beat down at a Giants game at Dodger Stadium and to this day has never recovered. The search was on for the assailants and that afternoon a police artist’s sketch came out with an accompanying description: 5’10” Latino male. That was it. The sketch, the description, it could have been anybody. They were describing half of L.A. So I wondered … man, if you knew someone who looked even remotely like that, you could really fuck them up if you fingered them. All it would take is some hatred and a phone call.” 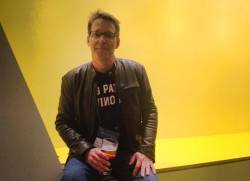 So what’s next? Well, rumor has to that Mr. Pitts is sitting on two new novels that fans like myself hope will see the light of day in 2016. In the meantime, he’s on the turntables this week spinning everything from John Prine and April Wine to Johnny Thunders, Black Flag and The Replacements.

If you need more Tom Pitts in your life, you can find him on his website, Amazon and Facebook.

S.W. Lauden’s debut novel, BAD CITIZEN CORPORATION, is available now from Rare Bird Books. His novella, CROSSWISE, will be published by Down & Out Books in 2016.